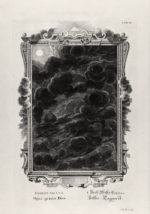 I attended college in Main Line Philadelphia, not far from the former location of the Barnes Foundation, which I visited frequently. I recognized in the Barnes collection not only the magnificence of its holdings, but also the idiosyncrasies and distinctive personality of the collector, Albert C. Barnes, who came across as remarkably insightful into the greatest achievements of the late-19th and early-20th centuries, as well as willful, irritating, prideful and withholding. After his death and subsequent decades of legal challenges, the collection was made available to the public (initially under tight and very inconvenient restrictions) and eventually relocated from suburban Merion to Center City Philadelphia. Even at its new location the collection remains stubbornly his six decades after his death: it still has his genius and all his lapses in judgment and taste, as well as his bizarre penchant for wrought iron hinges, locks, ladles, weathervanes, shoe buckles and door knockers installed with equal prominence alongside the Cézannes, Matisses, Renoirs (good and bad), and Picassos.

Barnes had a lot of money to play with, an often brilliant eye, an opportunistic streak and an avaricious, aesthetic sensibility. I don’t have any of that, except maybe the last: Barnes made all that art not only his own possession but his own expression. I understand that impulse.

I collect prints, and I also make them, probably for much the same reasons. I love the language of the medium, its breadth, its textures, its history, its themes, its commentary, contemplation, subversion, faith, observation, humor and irony. I collect prints because prints have said things that paintings have often not chosen to speak of, and because prints have spoken to whole groups of people who didn’t even look at paintings. Printmaking is not only a distinct language; it’s a distinct culture, a separate country.

My primary response to prints is tactile, almost visceral. To be that close, that intimate, to possess a Goya or Kollwitz or Piranesi is a joy. The artist made that mark and you are seeing it exactly as he or she intended, in its final form. It’s a pleasure you can indulge in your own home, whenever you want. 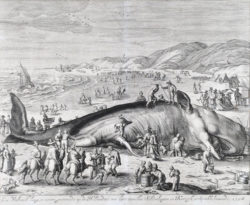 Prints embrace everything. In The Good Samaritan, Rembrandt depicts an act of selflessness, allegorizing Jesus’s redemption of a lost soul. In front of this reverential emblem of mercy and grace, Rembrandt shows a dog defecating. I don’t believe he would have painted that. He meant no irreverence; he shows us everything, the scatological amid the transcendent, because it’s all there.

I am drawn to early prints that pretend to nothing more than plain statements of visual fact—“this, I saw”—an orchid, or a cuckoo, or a raincloud. The visual world is fresh and startling seen through a new medium. Visual information, comprehended by a patient, curious, absorbing eye, can be disarmingly moving in its openness and honesty, its innocence, its clarity. Other early prints are not afraid to get really weird. I collect oddities, things bizarre or speculative or encompassing, like the beginning of the world from The Creation of the World According to Moses by Wilhelm and Jan Goeree (1690), or Hell from Adnotationes et Meditationes in Evangelia by Jerome Nadal (ca. 1595), or the Tower of Babel from Calmet’s Dictionary of the Bible (ca. 1725), or any imaginative flight, vision or prophecy depicted with the vividness of absolute conviction of observed fact. And if the closely observed and the passing strange align, as when a whale washed up on the beaches of Holland in 1598 (Gouwen, after Jacob Matham, after a drawing by Hendrick Goltzius), a print can have the intensity and immediacy of documentary reportage, even a century after the fact.

One of my recent collecting quests has been for engravings from Physica Sacra by Johann Jakob Scheuchzer (1672–1733). Scheuchzer, who hired Johann Melchior Füssli and a squad of engravers to create the 762 plates for his book, believed that the Old Testament was a factual representation of natural history. This was a fool’s errand, as science was more than ready to soon part from the Bible and go its own way, but like so many grandiose undertakings, the result is glorious and heroic. I made it my mission to collect all of the engravings from the Genesis section. They are spectacular. No one was there to observe God separating the light from the darkness, but science seems to bear Scheuchzer out; the accretion disk of molecular gas and dust might have looked something like this. 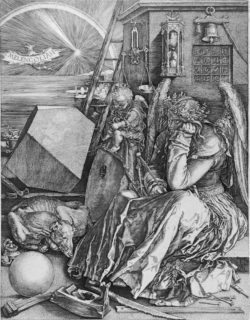 (Now, before you say it—yes, I have acquired prints that once belonged to bound books from which at some point a scofflaw bookbreaker removed the plates. I didn’t cause this to happen in the first place, nor have I done it myself, and at this point the intact books are worth far more than the sum of the plates. It is in the back of my mind.)

I collect to see the technical language of printmaking spoken eloquently. No one speaks the language of soft ground better than Kollwitz or aquatint than Goya or hard-ground line work than Piranesi. I can see how it’s done up close, and though I don’t think for a moment I could do it as well, it doesn’t stop me from trying. I mimic the technical approaches of the best of them; from the average or anonymous I take much more—shapes, whole compositions, assuming I won’t get caught. When you do this enough, you see how much many other printmakers have done the same. This is what we do: we share, we speak to each other across time and place. We appreciate each other and we desire the best of what each other has done. Having a historical bent, I often have to remind myself that prints are still being made. It’s a thrill to discover a fellow printmaker, often in a far-off place (thank you Facebook), thinking along the same lines. We trade; it’s an honor and it saves us money we don’t have.

The collecting impulse is rarely a generous one, except when a collection is posthumously offered to public view (in Barnes’s case, against the collector’s will). Collecting tends toward private accumulation; it’s hoarding for the discerning. But there’s always a passing thought to how this reflects one’s taste: “that Jacques Villon etching will really impress my dinner guests.” I cannot display all I’ve got, and I cache my prints, saving them for later. When the motivation to display items is gone, you’ve taken a dark turn.

There’s an awful lot of pride at work among collectors. Nothing incites the competitive spirit like an auction. The pang of defeat left by “the one that got away” stings like no other regret. I confess to envy, greed, lust, pride and wrath as a collector.

Collecting has sometimes substituted, sadly, at times for not being very productive in my own studio. Acquisition of images replaces and satisfies the urge for creation. When you find something really special and you make it yours, it almost feels like you made it. Like karaoke, it satisfies through self-deception. 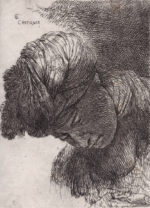 Giovanni Benedetto Castiglione, Young Man with His Head Lowered,Wearing a Turban, Facing Left from the series Small Studies of Heads in Oriental Headdress (ca. 1635–1640), etching, 4 1/2 × 3 1/8 inches. Collection of the author.

I knew I’d never be able to compete for the best impressions by noted artists. Not having much money to work with calls for a willingness to take greater risks, to look at work not validated by experts or bolstered by provenance. I will sometimes take chances with condition, and sometimes with originality. I’ve gotten lucky a few times, and been pitifully wrong many more. I am prey to the “too good to be true” and to wishful thinking that leaves rationality, experience and my own better judgment way behind. I own an example of Albrecht Dürer’s Melencolia, which I adore. Only in my wildest dreams did I consider that it might be a 16th-century impression. My Dürer was printed on wove paper, not available until the 19th century. I admire it on its own terms (it is probably a heliogravure with engraving by Charles Amand-Durand, ca. 1879).

Prints, most of them, have always been affordable. And though I am more of a rummager of the past than a consumer of the present, I benefit from that financial accessibility, and I do so on a teacher’s salary. At some point I gave up on saving money, and whenever I earned any at all from selling my work, it went into prints. It seemed like a magical equation: my work for the work of my betters. I’ve never bought a print as an investment or because I expected it to increase in value.

I have a few rules. I won’t buy a print made from a canceled plate. Occasionally I’ll see a print and I get the strong feeling it is not what the artist intended. I once bought a print from the Goya Caprichos at a reasonable price, but it was so wan and exhausted (it must have been the 5,000th impression taken from that plate) that I couldn’t live with it and returned it. I will sometimes buy a print in compromised condition and pay for its restoration. Prints don’t take up much space, but they do require a modicum of care. Nothing keeps me up at night more than the thought that my collection is moldering away while I sleep. 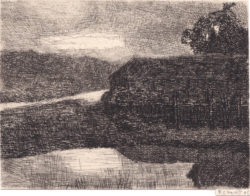 I’ve enjoyed modest epiphanies in my collecting habit. In an antique shop I fell in love with three delightful small etchings by Robertson K. Mygatt (1861–1919). The shop proprietor snootily expressed surprise that I hadn’t heard of the artist, but he was playacting to justify his price; not many people know Mygatt. The artist felt like my own discovery. It scares me that you can be that good and that obscure.

Mr. Barnes left explicit instructions not to mess with anything when he was gone. I think he died happy, his collection intact and hidden, and (he believed) required to stay that way. When I’m gone, my heirs may be burdened by all they have to go through in my flat files, Solander boxes, and on my shelves. I do believe I have created something, a cache of cultural artifacts that reflects my interests and sensibility, with an integrity that I am, yes, proud of. At that point, I hope it will be shared with anyone who cares to look.