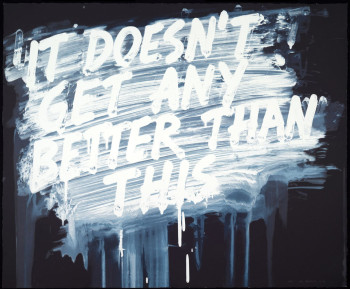 This year’s New York Print Week (November 3-9) promises to be among the best in recent memory. To the relief and delight of contemporary printaholics everywhere, the E/AB Fair is back; meanwhile, the steadfast IFPDA Print Fair offers a rich mix of exhibitors and events. These two will be complemented by two additional print fairs, The NY Satellite Print Fair and Prints Gone Wild. Galleries, museums, publishers, and non-profit art spaces have also planned a variety of tantalizing exhibitions and events, from “The Big Picture Show,” a celebration of large-scale prints by contemporary artists, to an Antonio Frasconi retrospective further afield at SUNY Purchase.

Thanks to the collaborative efforts of Susan Inglett and the Lower East Side Printshop (LESP), the E/AB Fair will once again be a fixture of New York Print Week. Inglett, who was a founder of the fair and its sole organizer for many years, stepped down in the spring of 2013 (see June 2013 INK), inviting someone else to take the reins. Keenly feeling the fair’s absence last year, LESP stepped up to the plate; as explained by Executive Director Dusica Kirjakovic, “Not only did we miss seeing what others were doing, but we also felt the void of exposure for our own projects and artists.” As a well-established non-profit organization with a governing board, strong support base, and a full staff (and many years of experience participating in the fair), Kirjakovic felt LESP was uniquely qualified to see E/AB into the future. With the full support of LESP’s board, she approached Inglett in November of 2013.

Kirjakovic notes it was challenging to pull this year’s events together under a tight timeline and Inglett has served as an invaluable advisor. “She loves the fair and wants it to have a bright future and all of the exhibitors to thrive.”  Many traditions will remain, including a lively mix of exhibitors, free admission, an opening night reception (Thursday, November 6 – tickets are $25 and can be purchased at the door or online), a variety of tours and talks (full disclosure: I am among the speakers), and a benefit edition. Artbeam, a newly renovated ground-floor space in the heart of Chelsea (540 W 21st St/10th and 11th Aves), is this year’s new venue. Full details can be found on the fair’s website and updates will be posted on Twitter (@EABFair) and Facebook. 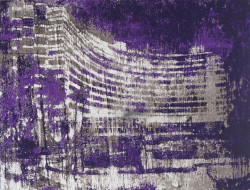 This year’s benefit print is by Enoc Perez, who has worked with LESP on several projects in the past. Perez, whose work celebrates the metaphorical and cultural significance of the International Style of architecture, has recently become interested in the reflective surfaces that characterize these icons of Modernism. His recent paintings have incorporated silver and gold leaf to emulate these materials. Perez’s prints are frequently an extension of his studio practice and he had originally hoped to print on metallic paper. However, initial trials were unsatisfactory. In response, LESP’s printers located a mirrored paper that exceeded Perez’s expectations. “It was one of those perfect unintended outcomes…the reflective surface changes every time you look at it, and feels luscious and contemporary.” This luxe association complements Perez’s subject, the iconic Fontainebleau Hotel in Miami, a topic he has visited in prior paintings and editions, which has garnered new meaning with the use of a mirrored surface. Perez explains, “It taps into a primal instinct – a kind of collective narcissism that is very human and sinful. But I don’t come to it with a sense of irony; I love mirrors as much as anyone.”

One major change from prior E/AB Fairs is that a guest curator will now make final selections. This year’s task fell to noted art critic Faye Hirsch, Senior Editor at Large for Art in America, who has written extensively on contemporary printmaking. Hirsch was delighted to lend her expertise to the proceedings and her curatorial statement illuminates her thoughts. Like everyone else, she missed the fair last year and is excited about “seeing work made by mainly smaller ateliers from outside New York—prints I don’t easily get to see. Work is gathered up, and everyone fun is there. E/AB is a little like a party.”

44 exhibitors were chosen from an open call that brought 400 applicants; traditional print publishers will rub elbows with book publishers and rebellious upstarts, hailing from a wide latitudinal swath stretching from the Midwest to Western Europe. Though there are a handful of British, French and Belgian exhibitors, Hirsch observes there was a marked absence of applicants from Europe, Latin America, and Central America and would like to see that change in coming years. She advises that disappointed exhibitors who did not make the cut should be careful to observe the deadline next year (allowing that it was difficult to spread the word due to the hurried schedule). Now that word is out, she anticipates “next year is going to be a bigger challenge for the curators of the show.” 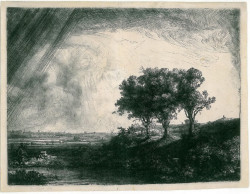 Rounding out the European offerings will be the IFDPA Print Fair at the Park Avenue Armory (November 6-9), with nearly a third of the 90 exhibitors traveling over the Atlantic to participate. As in the past, there will be a wide range of Old Master, European & American Modern, Contemporary, and Asian prints to cater to most enthusiasts’ appetites and interests, with dealers and publishers presenting their finest works for perusal. New exhibitors this year include Antiquariat Gunter Linke, Berlin; Bernard Jacobson Graphics, London & New York; Scholten Japanese Art, New York; and Stanza del Borgo, Milan. The fair will preview exclusively on Artsy beginning October 30, featuring insider picks; the fair will also have a mobile website, a Twitter feed (@print_fair; #nycprintweek), and a Facebook page.

Presentation and amenities will be decidedly upscale. Decision-making was guided by the fair’s inaugural Designer Committee, which included prominent interior designers Dee Dee Eustace, Brian McCarthy, Sandra Nunnerly and Matthew Patrick Smyth. Wallpaper courtesy of Brett Design Inc. will grace the fair’s entrance. An expanded café, hosted by Tom Colicchio’s ‘wichcraft, will be in the historic Board of Officer’s Room, which was recently remodeled. 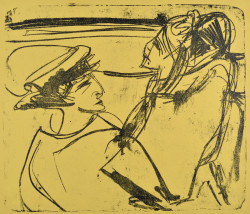 The traditional benefit preview will open the fair on Wednesday, November 5 (tickets are $85, include a day pass, and can be purchased at the door or online). The Richard Hamilton Acquisition Prize Sponsored by Champion & Partners, now in its third year, will be announced that evening. The traditional Collectors & Curators Breakfast will take place the following morning. Newly established this year is The Jordan Schnitzer Family Foundation Lecture featuring internationally renowned contemporary artist Mel Bochner, who will speak on the impact of printmaking on his work (Saturday, November 8 at 11 am, reservations required). Tours will also be offered throughout the run of the fair; check the IFPDA website for updates.

About Town and Beyond

Aside from the two anchor fairs, there are a gaggle of fascinating satellite fairs, exhibitions, and events throughout Manhattan and the environs. For a quick overview of special exhibitions and viewings not mentioned here, see IFPDA’s guide to events and exhibitions of note. The New York Satellite Art Fair, now in its second year, will be held November 7-9 at Bohemian National Hall (321 E 73rd St/1st and 2nd Aves), with eleven participating dealers and publishers whose wares range from Old Master to Contemporary. The eighth incarnation of the $50-and-under Prints Gone Wild—a self-described “rumble of U.S. and Int’l cutting-edge graphic artists” that is “2 tough 2 die”—takes place one day only on Friday, November 7 from 6 pm – 1 am (622 Degraw St, Gowanus, Brooklyn). Manhattan Graphics Center has also planned its yearly PaperView benefit on Wednesday, November 5 from 6-9 at the High Line Loft Space in Chelsea. 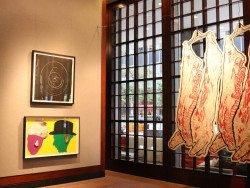 International Print Center New York (IPCNY) is participating in Print Week on an unprecedented level this year, with a table at the E/AB Fair and has organized two separate exhibitions. Its seasonal New Prints exhibition, curated by Nicola López and titled “Somewheres and Nowheres,” will open on October 25 in its Chelsea gallery space (508 W 26th St/10th Ave) with a reception and artist talk on Thursday, November 6 from 6-9 pm and breakfast artist talks on Saturday the 8th at 9:30 am (general public) and 10:15 am (IPCNY members and members of museum print groups). Executive Director Anne Coffin shares, “It might be the most exciting New Prints show yet; we had an extremely competitive pool of applicants—50 prints were selected from 4,000 objects by 1,000 artists.” The gallery will be open Tuesday-Saturday from 11-6 and Sunday from 12-6 during print week. In addition to the Lopez-curated show, IPCNY has organized a special midtown exhibition at 1285 Avenues of Americas Art Gallery (between 51st and 52nd) titled “The Big Picture Show,” an impressive group of 30 oversized prints by equally big names, each of whom have shown work in New Prints exhibitions in the past (open Monday-Friday, 8 am-6pm). 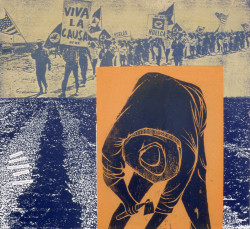 SUNY Purchase, a little under an hour Northwest of the city by train or car, has organized “Antonio Frasconi: Stand Up and Be Counted,” a thoughtful retrospective of this important politically-grounded printmaker. The exhibition is spread across five locations on campus and includes woodcuts, lithographs, portfolios, limited edition books, trade edition books, and student work in response to Let America Be America Again. Frasconi, who passed away early last year, taught in the university’s printmaking department from 1973-2009.

Though it is always challenging to choose how to spend one’s days and nights during Print Week, it will be particularly difficult this year. One thing is certain—the week will leave visitors with full hearts, energized minds, and sore feet. Rest up and come prepared for a blowout year.

Correction: The sale of the Editions|Artists Book Fair was a process that began in 2012, culminating in the transfer to the Lower East Side Printshop in 2014. LESP was selected over other candidates due to their interest in maintaining the original mission and spirit of the fair.