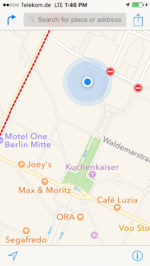 Moral solutions to the rival claims of the near and the distant are, for most of us, conflicting and confused. Chauvinism is bad but loyalty to the local is good; globalization is bad but cosmopolitanism is good. In 1930s America “Regionalism” was heralded as a progressive assertion of alternate values, a movement unimpressed by the vacuous urbanity of certain European exemplars, and committed (like French Realists a century before) to the gritty truth of lives lived at distance from the art world. Three decades later, regionalism was seen as retrograde—a movement that had turned its back on the greatest breakthroughs of modernism (chiefly abstraction) to make populist pictures just this side of illustration. And so it goes.

These days the term of preference is “local”: to resist monocultures (agricultural or corporate), thoughtful people shop at local bookshops, support local breweries and eat locally sourced produce. “Community supported art” (CSA) programs have cropped up to encourage collectors to source their art nearby as well. But while consuming locally grown produce has measurable environmental and nutritional benefits, the utilitarian good of consuming local art is a bit muddier. Isn’t one of the jobs of art to tell us about places we have not been and people we do not know? Haven’t prints in particular been built to be mobile? This issue of Art in Print asks us to consider what we mean by “local” when it comes to art. Its topics stretch from North Dakota to South Africa, from Essex to West 28th Street, from the French Revolution to the Cultural Revolution.

Nancy Friese’s double-sided spread—the fourth project in the Art in Art in Print series—depicts a swath of farmland once settled by the artist’s great-grandfather and now her own, a subject and place to which she returns every year. Britany Salsbury details Friese’s image and its reflection of there and here,
then and now.

Locality, of course, is a question not just of geography but also of time. As L.P. Hartley noted, the past is a foreign country. In her examination of two very different moments in recent Chinese history, Chang Yuchen shows how the woodcut was transformed from an instrument of political resistance to one of oppression, while the seemingly retardataire practice of plein-air painting became a secret language of the underground. Susanne Anderson-Riedel’s essay on Alexandre Tardieu’s engraving after Raphael’s St. Michael Vanquishing Satan (1806) illuminates how reproduction can be used to embed local meanings in a seemingly “universal” image. And writing from Cape Town, Daniel Hewson reports on how the Apartheid-era destruction of one particular neighborhood continues to haunt the city.

That most local of institutions, the home, is the focus of two artists here: Julie Warchol looks at Grayson Perry’s mapping of local culture in prints and residential architecture; and Miguel de Baca speaks with Kate McQuillen about her cosmic suburban house-wrap, Night House (2015). Julie Mehretu’s new seven-part monumental print, Epigraph, Damascus, is also built on an architectural foundation, but the schematic buildings glimpsed behind a frantic cloud of marks come from a place she has never been and may well no longer exist.

Displacement, the inversion of the local, was the theme of the “4th San Juan Poly/Graphic Triennial,” reviewed here by Maeve Coudrelle. Showcasing artists from across Latin America and the Caribbean, the exhibition considered both the specificity of place and the propensity of print to be out of place on purpose. The winner of this iteration of the Prix de Print, selected by Thomas Cvikota, is Dutch artist Annesas Appel’s Metamorphosis music notation (2015), a work that deals in translation, transliteration and displacement of a conceptual order.

Norma Bassett Hall, whose print catalogue raisonné is reviewed here by Jason Millard, was one of those American regionalists now being rediscovered. A founding member of the Prairie Print Makers, she spent most of her career in Kansas, but the method she used to record the Midwest was an adaptation of a Japanese tradition that she learned in Oregon and perfected in Scotland. Local is not the same as sequestered.

Finally, this issue includes a conversation between artist David Storey and Leslie Miller of Grenfell Press. (A video of this interview will be posted in the next few months, launching our new Voices in Print series.) Manhattan-based institutions are inevitably worldly, but Grenfell, having occupied the same floor of the building for more than three decades, is also a local entity.

Among the beautiful prints produced at Grenfell are those of Vija Celmins, an artist whose childhood was a saga of displacement and whose art is a hymn to the particular and specific. Celmins, like Friese, makes unconquerable vastness feel intimate by an almost sublime force of attention. A mile to the south of where I sit writing this introduction in Berlin, the hangars of Tempelhof airport are filled with refugees, people suspended between the exploded places of their past and the unknowable ones of their future. Meanwhile, the kids play on the runways and the grassy bits between, mastering, as children do, the individual bushes, doorways, voices, habits of clouds and odd beetles of this place, building their own local, if only for the moment.