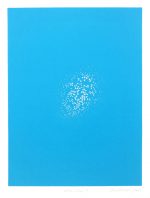 In 1933 the Swiss astronomer Fritz Zwicky made a discovery whose consequences reverberate through physics to this day. A colorful character, Zwicky was notorious in the astrophysics community for his bad temper and tendency to insult publicly anybody who disagreed with him. Born in Bulgaria in 1898 to a Swiss father, he was educated at what is today the Swiss Federal Institute of Technology (ETH) in Zurich, before moving to California in 1925 to work with physicist and Nobel Prize winner Robert Millikan. Throughout his career, Zwicky displayed the kind of original, off-the-wall thinking that sets truly creative scientists apart. He coined the word “supernova” to describe bright exploding stars, and speculated in 1937 that galaxies could act as gravitational lenses, deflecting the trajectory of light as it travels through the universe—an insight confirmed observationally only over 40 years later.1

In this and many other ways, Zwicky was ahead of his time, and the realization of some of his ideas remains elusive, including his plans to relocate the solar system elsewhere in the universe(!). In a paper published in 1948, he bemoaned that “the teaching of special disciplines . . . has utterly failed us.”2 He suggested that “an organic understanding of celestial happenings ultimately involves the necessity of comprehensive knowledge of all other scientific disciplines and human activities,” thus foreshadowing by a decade C.P. Snow’s “two cultures” argument.3

Back in 1933, Zwicky used a specially designed 18-inch Schmidt telescope at Caltech’s Palomar Observatory to map out the location and speed of hundreds of galaxies bound together by gravity in a structure known as the Coma Cluster, located some 320 million light years away from the Earth. By looking at the speed with which galaxies were moving with respect to each other, he concluded that the gravitational attraction required to keep them bound in a cluster far exceeded the gravity generated by the visible mass of the galaxies alone. As a solution to this quandary he postulated the existence of “dark matter”—a new form of matter that generates gravity, but does not interact with light.4

Since then, the evidence for the existence of dark matter in the universe has mounted. We have observed the effect of dark matter on the formation and growth of galaxies; on the relic light left over from the Big Bang; on collisions of galaxy clusters; and indirectly by looking at how much hydrogen and helium were produced in the Big Bang furnace.

These observations point to the astonishing fact that dark matter is, on average, five times more abundant than normal matter in the universe.5 Despite this enormous progress, we still don’t know for sure what dark matter is made of, nor after decades of efforts have we been able to detect it in the lab and provide conclusive proof of its nature. Zwicky’s discovery remains shrouded in a cloud of darkness. 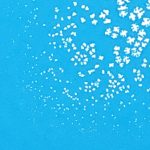 In many ways, dark matter is the quintessential embodiment of what Dane Mitchell describes as the “invisible forces that churn and move around us,” which inspire his work.6 Mitchell’s Perfume Plume monoprints (2011) were created by spraying perfume onto an ink-covered surface.7 The chemical reaction of the perfume with the ink created unique patterns of spots in serendipitous arrangements not dissimilar in composition to some of Zwicky’s photographic plates of the Coma Cluster, with the striking difference that Mitchell’s perfume spots appear white on a sky-blue background, while Zwicky’s negative plates show the Coma Cluster galaxies as dark points on a white background.

These perfumed clusters retained for several week their original fragrance, which added another sensorial, invisible channel to the artwork. Just as dark matter is the invisible glue holding galaxies in the Coma Cluster together, the prints’ fragrance was an invisible expression of the underlying process by which they were created.

To me, Mitchell’s work speaks of the material yet invisible forces that shape our existence. It reminds us that there is more than what is apparent, in art just as in the cosmos. Our sense of smell is an often overlooked, yet uniquely powerful channel to do that. Recent studies of human perception show that the human nose has about 400 types of scent receptors, which may be able to detect over 1,000 billion different odors—a truly astronomical number, three times the number of stars in our galaxy.8

The sense of smell is also one of the more primordial senses, strongly linked to the ancient parts of the human brain, the amygdala and the hippocampus. The amygdala is thought to be responsible for emotions, and has an important role in forming memories. This is why smell often has such a powerful effect on us, capable of transporting us back to childhood in a fraction of a second. In my own work as a science communicator, I aim to explain astronomy through immersive experiences that use all of our senses.9 Such cross-modal communication can be used, for example, to bring the wonders of astrophysics and cosmology to people with visual impairment.10

Dark matter binds galaxies together and is ultimately responsible for our existence: without dark matter, galaxies would not have formed as quickly as they did after the Big Bang, and we probably wouldn’t be here to puzzle out the fundamental nature of the universe 13.7 billion years later. Dane Mitchell’s work on the invisible processes that shape our world and our perception of it is a powerful way of connecting us on an emotional level to the deeper reality beyond what meets the eye.