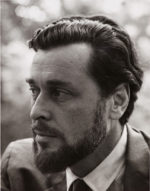 Possessing one of the most original and influential art historical minds of the 20th century, Leo Steinberg (1920–2011) wrote deeply and revealingly on subjects ranging from Michelangelo to Picasso, and from the theology of the Incarnation in Renaissance art to the objects comprising Robert Rauschenberg’s Combines. He had a gift for recognizing what had been habitually overlooked, even in famous masterworks. Steinberg saw the print as “the circulating lifeblood” of pictorial and iconographical ideas—the vehicle through which artists communicated with one another. He began collecting prints in the early 1960s and amassed a large collection, studying and researching every acquisition. In 2002, he gave more than 3,200 prints to the Blanton Museum of Art at the University of Texas at Austin. (He had previously donated hundreds of prints to public institutions such as the New York Public Library and Metropolitan Museum of Art.) The following essay has been adapted from a lecture presented at the Blanton Museum in April 2003. Minor adjustments have been made to accommodate the written form.1 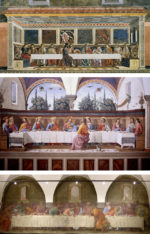 When I was in graduate school during the 1950s, prints were not taught. My professors—even those I was fondest of—seemed unaware of them. Though prints have been around for 600 years, bursting with information, they tend to be treated as an underclass, used but not cherished, readily overlooked. Just two years ago, a New York Times critic, reviewing the Vermeer show at the Metropolitan Museum of Art, wrote:

He languished in obscurity for nearly 200 years, in part because his tiny output of just a few dozen pictures was not easily seen by arts patrons. In the days before museums, photography and the ready reproduction of images, artists who wanted their work to be widely known literally had to create enough work to fill the right walls; they gained exposure as their pictures appeared and reappeared in private collections and at auction.2

No acknowledgment that artists gained exposure through reproductive engravings. But by the time of Vermeer, around 1650, the technology for publicizing one’s work had long been available.

Go back to the late 1400s and consider the problem of seating the 13 diners at the Last Supper. In Italy, traditionally, the figures were filed along the far side of the table, with only the betrayer, Judas, seated in front. Andrea del Castagno, in his fresco at Sant’Apollonia, Florence, tries to enliven the scene by converting the marble panel above Christ and Judas into a painted square that we would call Abstract Expressionism (Fig. 1). A later Florentine, Michelangelo’s first teacher, Domenico Ghirlandaio, throws in a peacock and other birds in flight to make things more interesting, because a lineup of 12 seated, decorous diners can look rather boring (Fig. 2). Can’t we get some action into it?