At a moment saturated by discussion about the death of print, as magazines and newspapers fall victim to blogs and the Kindle is the cultural artifact par excellence, it is difficult to grasp the boldly utopian aspirations that Stéphane Mallarmé held for the book in fin-de-siècle France. In spite of the varied roles he took on throughout his life—art critic, publisher, vanguard poet, English teacher, translator, and host of a famed literary salon—for Mallarmé the book remained a primary focus and critical to his most revolutionary projects. In her recent study, The Book as Instrument: Stéphane Mallarmé, The Artist’s Book, and the Transformation of Print Culture, Anna Sigrídur Arnar convincingly argues that the writer both informed, and was informed by, the transformation of printmaking and book culture to a much greater extent than has been previously acknowledged.

Central to Arnar’s study is the contention that Mallarmé has been widely misread—by both critics in his own time and more recent scholars—as an intentionally elitist producer of texts that were meant to cater primarily to an audience with the education, wealth, and leisure to untangle their meaning. This criticism had begun to circulate as early as 1896, when Marcel Proust launched a harsh and thinly veiled attack on Mallarmé in the form of an essay entitled “Against Obscurity.” Published in the popular vanguard journal La Revue Blanche, this text argued that the poet’s complex style alienated readers, given his inability to “make proper use of the French language”. Arnar affirms the complexity of Mallarmé’s texts, but asserts that this style was a carefully calculated effort intended to jar the viewer into a more enlightened experience of reading and learning. By breaking from the narrative and structure that traditionally governed books, he believed that he could displace the creative power of texts from the writer to the reader. As an inherently reproducible medium, printmaking provided him with a more accessible platform with which to address and empower a diverse public.

This constitutes an important revision of the conception of Mallarmé frequently and conveniently expounded in accounts of modern art history. Throughout the twentieth century, the poet was viewed by thinkers from Jean-Paul Sartre to Jacques Derrida primarily in terms of the experimental formal aspects of his work and his perceived retreat from the banality of Parisian bourgeois culture. Rather than completely rejecting these important aspects of Mallarmé’s career, the present study adds complexity, suggesting that he saw print as “one of the few viable arenas where democracy could be expanded and fully realized”. Arnar acknowledges the rich and complicated historical moment in which Mallarmé lived and worked, interrelating different genres of cultural production—including art making, literature, and mass culture—much as artists and writers of the time attempted to do.

To support her contention that Mallarmé was, in fact, interested in engaging a broad public, Arnar examines his career from a variety of nontraditional perspectives. In particular, The Book as Instrument focuses on the important role that contemporaneous developments in printmaking played in Mallarmé’s democratic project. The period during which he lived and worked saw dramatic transformation of the medium as photo-mechanical processes took over most image reproduction—the primary function of printmaking until the mid-nineteenth century—and the print was forced to redefine itself as a fundamentally artistic medium. This shift toward the “original print” was encouraged by the establishment of artists’ groups such as the Société des Aquafortistes, which promoted artists’ prints through exhibitions and publications, and by the adoption of formal and technical practices based on those of painting, such as the inclusion of artists’ signatures and the artificial limiting of editions to promote a sense of rarity. 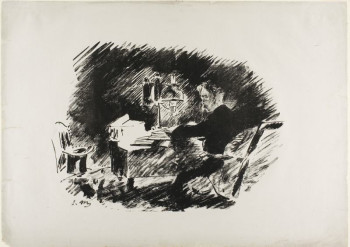 This preoccupation with status and originality was further elaborated in the burgeoning field of book illustration. Mallarmé pioneered a modern reconceptualization of book illustration, breaking from the earlier approach of artists such as Eugène Delacroix, which tended simply to depict episodes from the text. Instead, he promoted the livre de peintre, a new genre of book containing prints that evoked rather than correlated to the text. Throughout his career, Mallarmé attempted—with varying levels of success—to commission images to accompany his poetry from prominent vanguard artists such as Pierre-Auguste Renoir and Edgar Degas, whose work he had famously defended. The deliberate choice to illustrate his work using images that qualified both as original prints and advanced art can be seen, Arnar asserts, as a way to combat “illustration’s links to industry and commerce — as mechanically reproduced imagery and as an attractive agent with the ability to sell texts—threatened the writer’s ability to exert creative control over his or her text”.

In the mid-19th century literacy had grown in tandem with new methods of print production, and books became more populist in orientation, seeking to entertain the public through techniques such as serial narratives and straightforward, accessible, but generally uninteresting illustrations. Mallarmé sought to counter this trend through an innovative fusion of print and bookmaking, image and text. Rather than corresponding directly to a narrative, he advocated images that would subtly evoke meaning. This practice, in his view, would unite image and text in a cohesive whole and allow the reader/viewer to develop a greater sense of creative freedom and, ultimately, empowerment. This new sense of agency was further enhanced by Mallarmé’s nontraditional presentation of the text itself. The poet noted the way that newspapers—which had achieved unprecedented popularity during the closing decades of the nineteenth century—encouraged a particular, static form of reading: they presented information in an unchanging layout with consistent content and rows of neatly arranged columns. The sequential, standardized sort of reading encouraged by this format ran counter to his view of “the experience of reading as a form of freedom, an activity he compare[d] to meandering through a public, and decidedly popular space”. Rather than rejecting the newspaper, Mallarmé wanted to analyze the reasons for its success, Arnar says, and eventually incorporated elements of popular mass media into his own work, admitting that it comprised a “chaotic yet fluid public space offering individuals mobility and freedom”. Although Mallarmé remained ambivalent about popular culture, he acknowledged the futility of ignoring it. 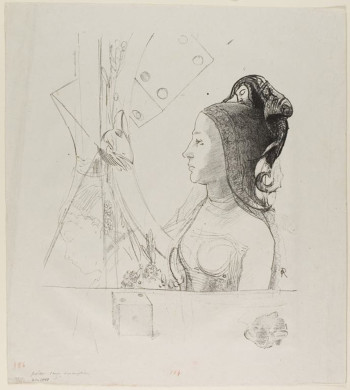 Among print historians, Le Corbeau (1875) is the best-recognized example of Mallarmé’s attempt to manipulate the process of reading through a new sort of interaction between image and text. The book—which, given its financial failure, served primarily as an experiment in print culture—contained the poet’s own French translation of Edgar Allan Poe’s 1845 poem “The Raven” accompanied by transfer lithograph illustrations by Edouard Manet. Arnar makes a case that aspects of the etching revival were adopted by Mallarmé’s for this publication: these can be seen in Mallarmé’s use of the print album as an alternative to contemporary exhibition venues; in his use of “violent” mark making to emphasize the album’s dark and fantastic subject matter; and in the techniques he adapted from the artistic print, such as a limited edition. The success of etching revival on its arrival in the United States—public exhibitions, lectures, the founding of print clubs—likely motivated Mallarmé’s unprecedented decision to market Le Corbeau there. Arnar’s consideration of the social context, reception, and formal aspects of this well-known work is revelatory.

The Book as Instrument also explores the volatile political context of the Third Republic in order to demonstrate the progressive aspirations the poet held for print culture. Countering the popular image of Mallarmé as largely apolitical, Arnar articulates Mallarmé’s idea of the book as capable of empowering its reader, and situates it within a historical context of the sweeping educational reform and didactic public murals and festivals of the Republican government. She shows that Mallarmé was aware of, and influenced by, these events, ultimately claiming that “if the government of the Third Republic wanted to map the future of the Revolution for its citizens, Mallarmé suggest[ed] that citizens are self-sufficient and instinctively recognize their own destiny”. The power that he ascribed to print can be seen in is his response to the anarchist bombings that rocked Paris in the early 1890s: “I know of no other bomb but a book”. The Book as Instrument: Stéphane Mallarmé, The Artist’s Book, and the Transformation of Print Culture reveals Mallarmé’s commitment to print as a social tool capable of enacting productive engagement with the public and, ultimately, provides a unified and more authentic view of fin-de-siècle culture.