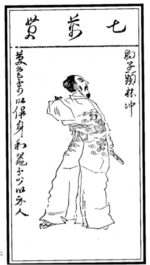 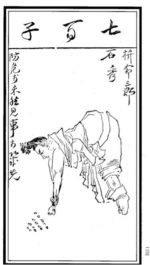 Water Margin, attributed to the Yuan Dynasty writer Shi Nai’an (1296–1372), is one of the four great classical novels of Chinese literature. In 1998, when I was nine years old, I watched a series adapted from the novel on Chinese national television with my grandparents. I remember weeping over the sad fates of the characters, especially that of “Panther Head” Lin Chong, a martial arts instructor of the Imperial Guard of the Song court, who had been framed by a powerful official who lusted after Lin’s wife. Over the course of a few episodes, Lin Chong was transformed from a handsome, gentle and honorable soldier into a prisoner with a tattooed face to mark him as a criminal. Exiled to a snowy, faraway land, where he discovered he would be murdered regardless of his obedience and loyalty, he lost all faith in the rule of law. Killing watchmen and then witnesses, he left for the Water Margin— a band of outlaws.

The 107 other Water Margin outlaws shared similar stories: they had been bullied, tyrannized and left bereft. They saw no other choice but “breaking bad.” This journey along the edges of mainstream society, although leading to destruction, gave the characters a stage to showcase colorful and rebellious personalities, as well as repressed fantastic capacities. For readers, it offered a dreamland where justice is a passionate, bodily and intuitive thing.